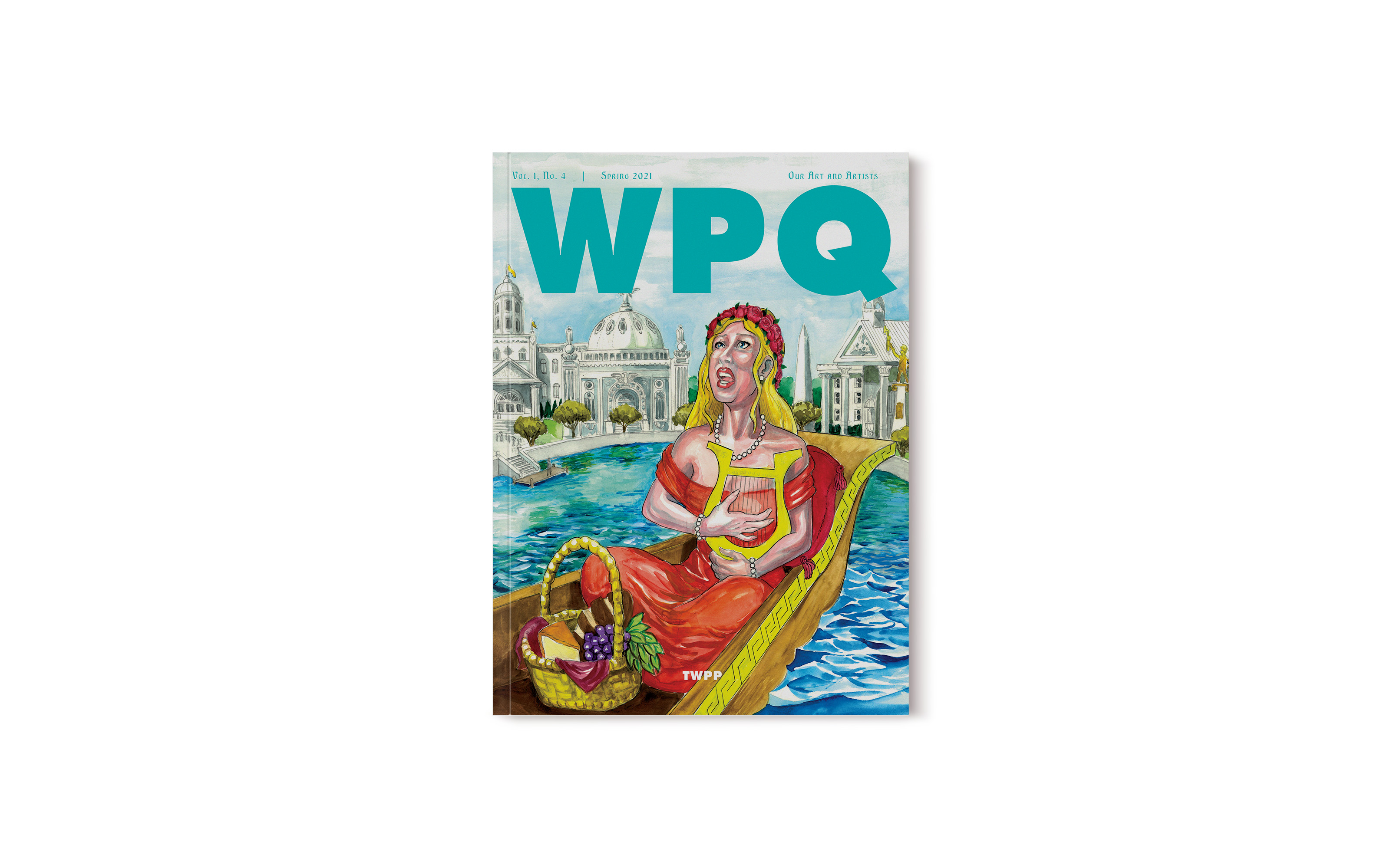 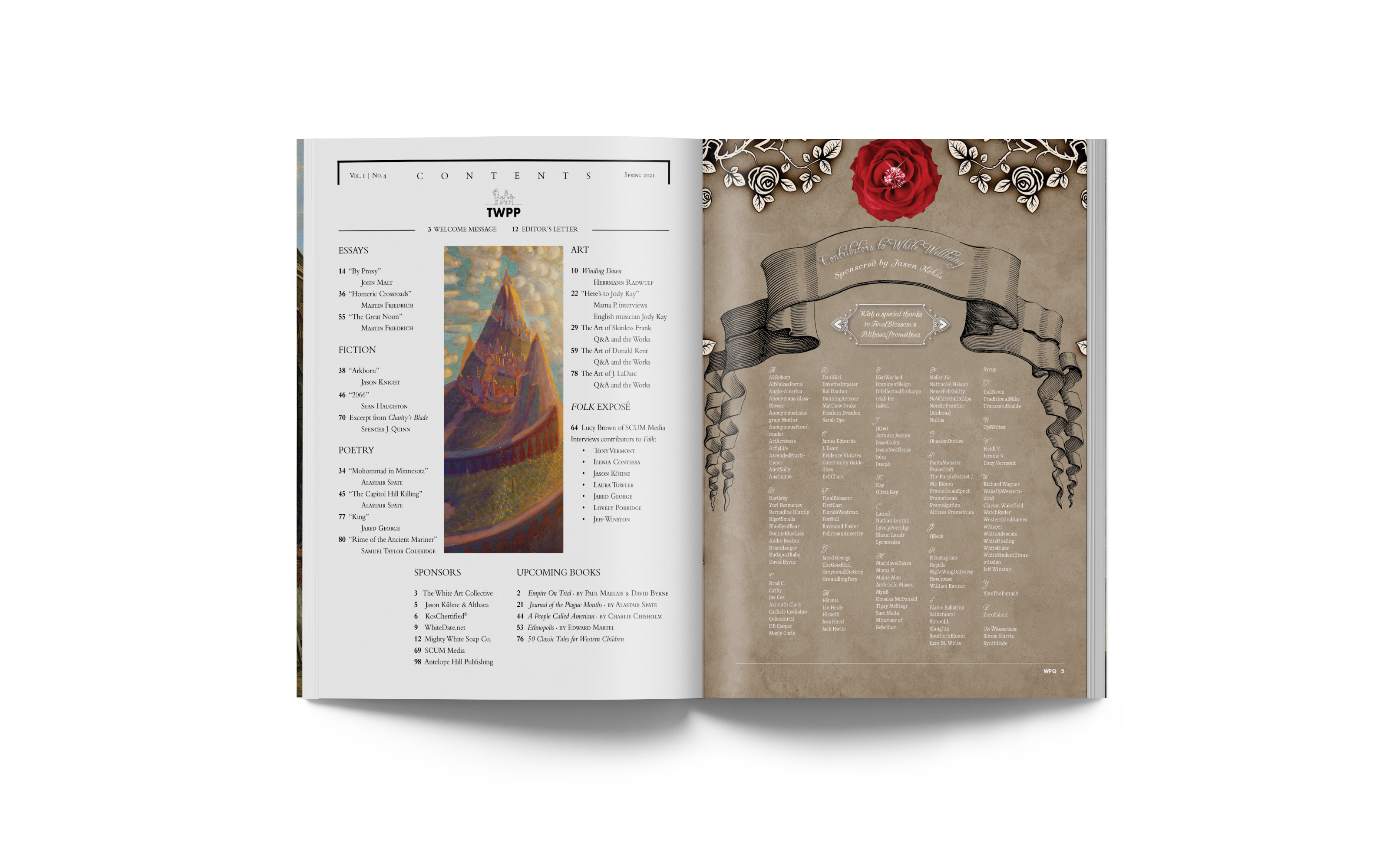 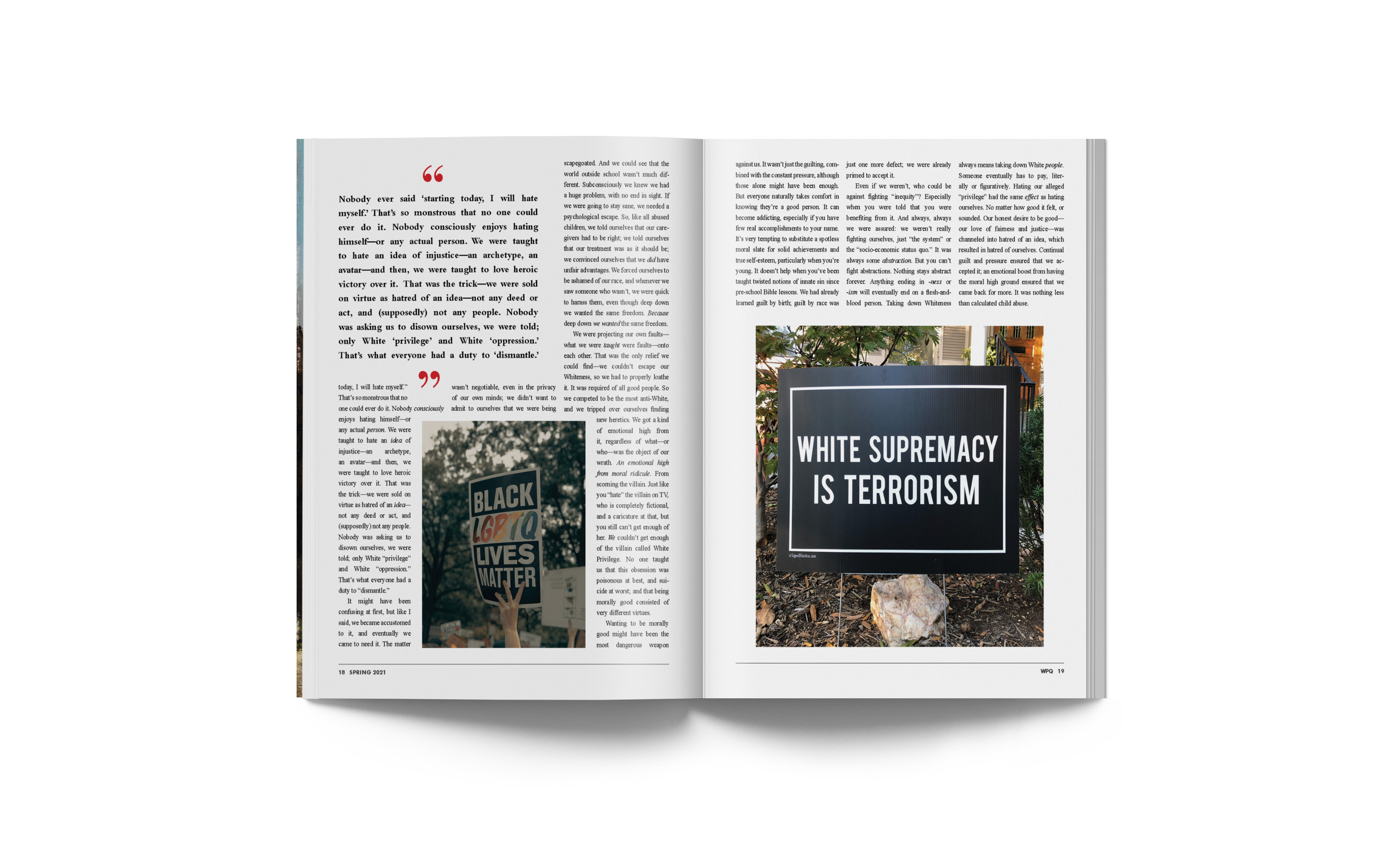 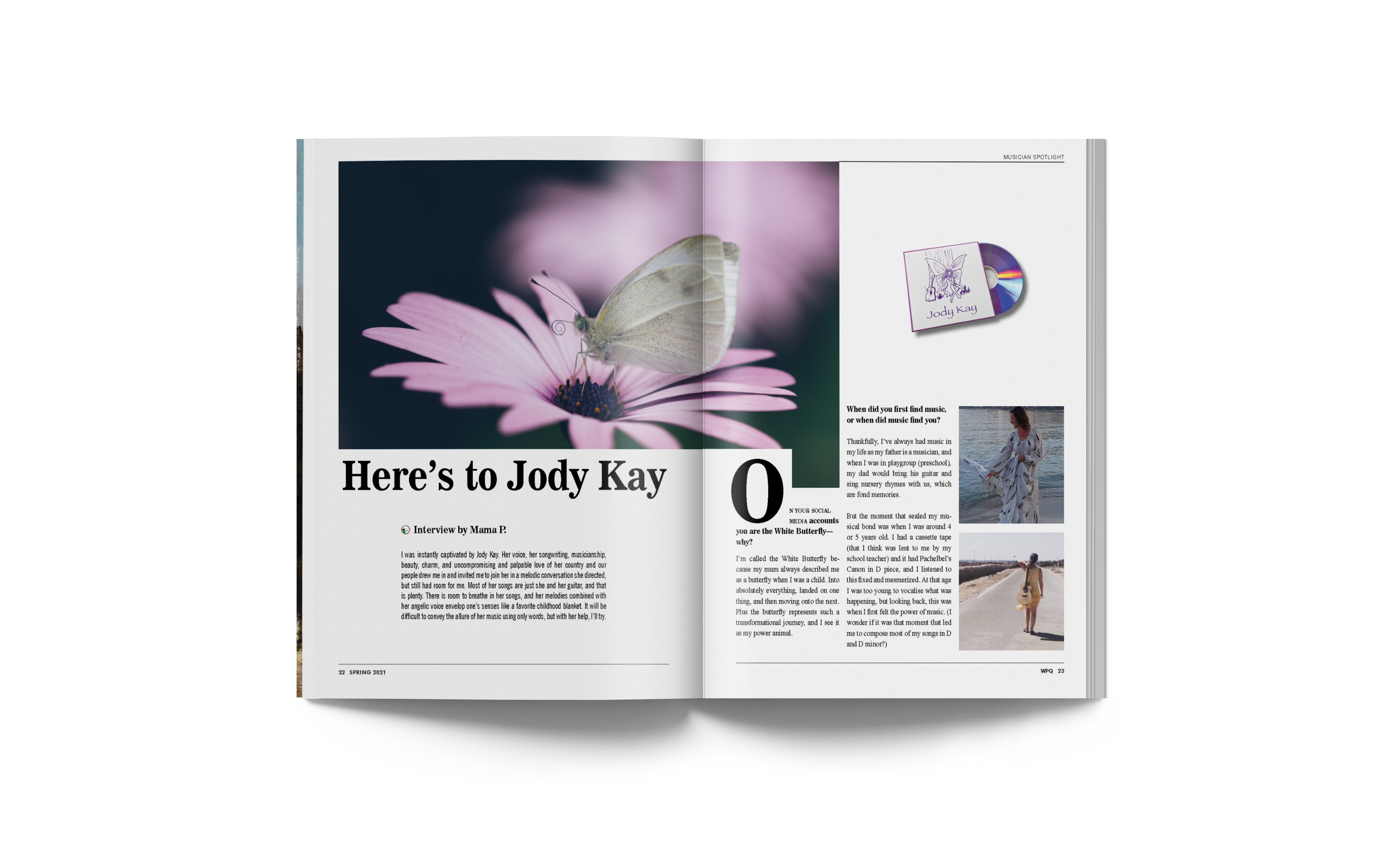 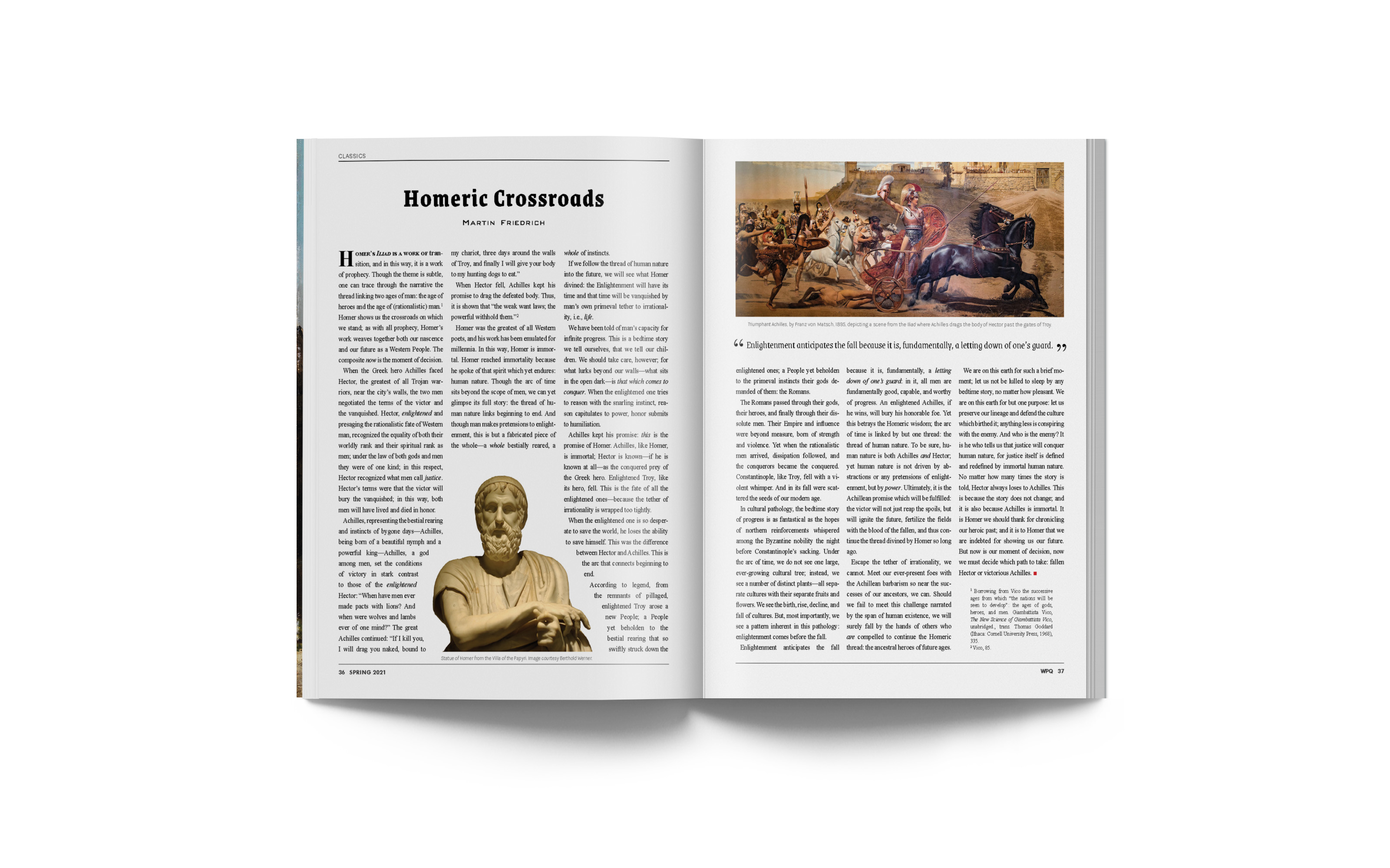 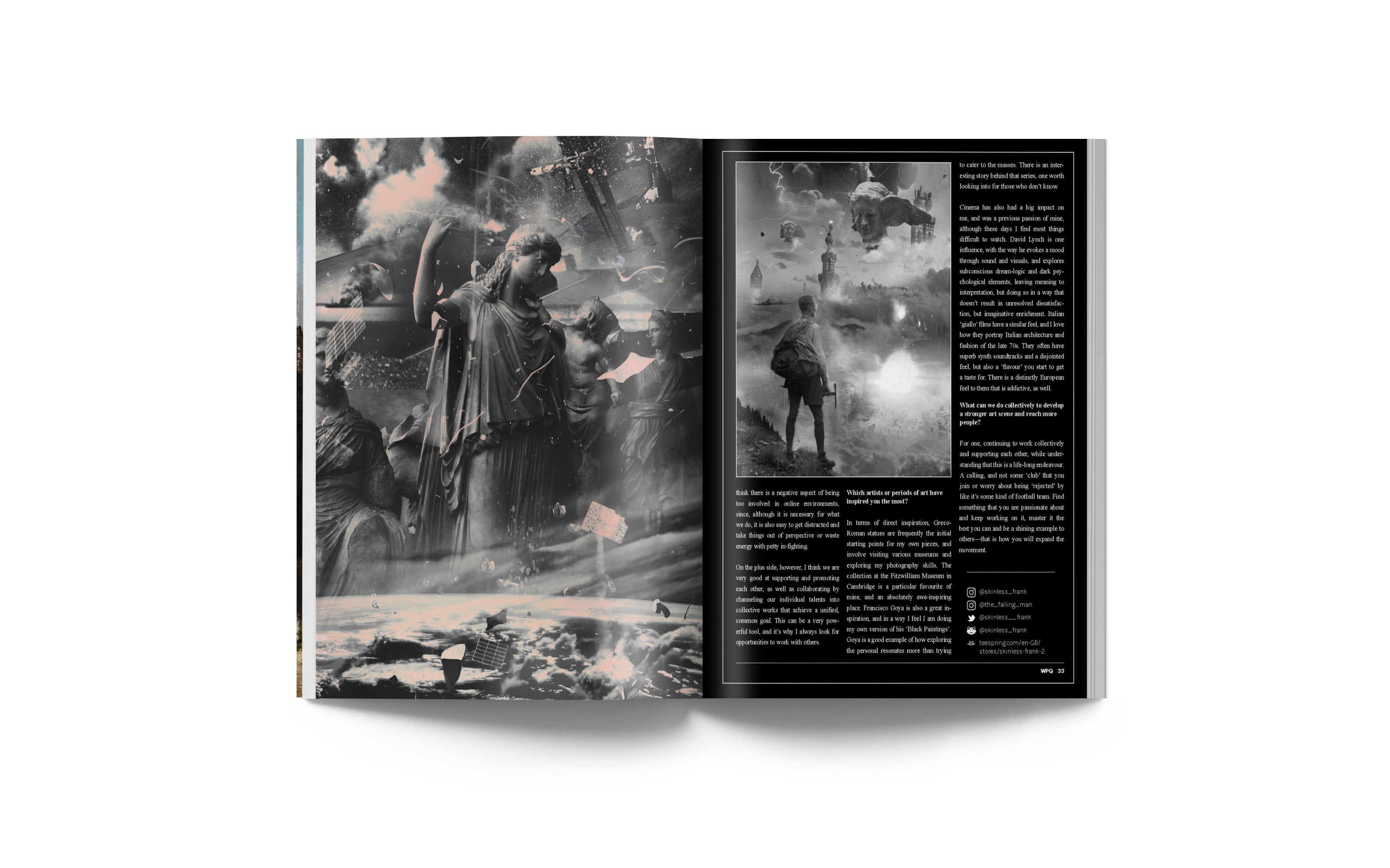 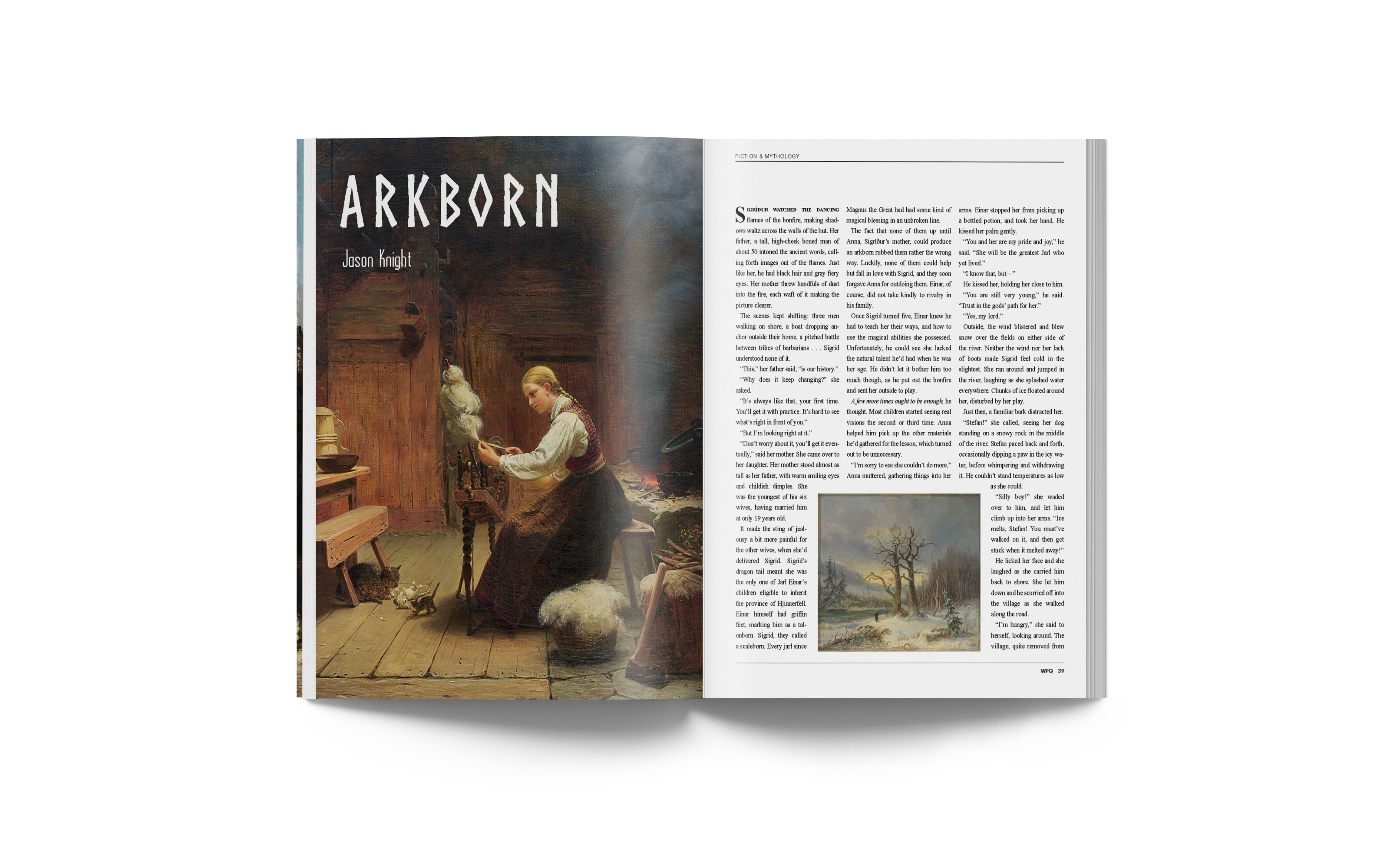 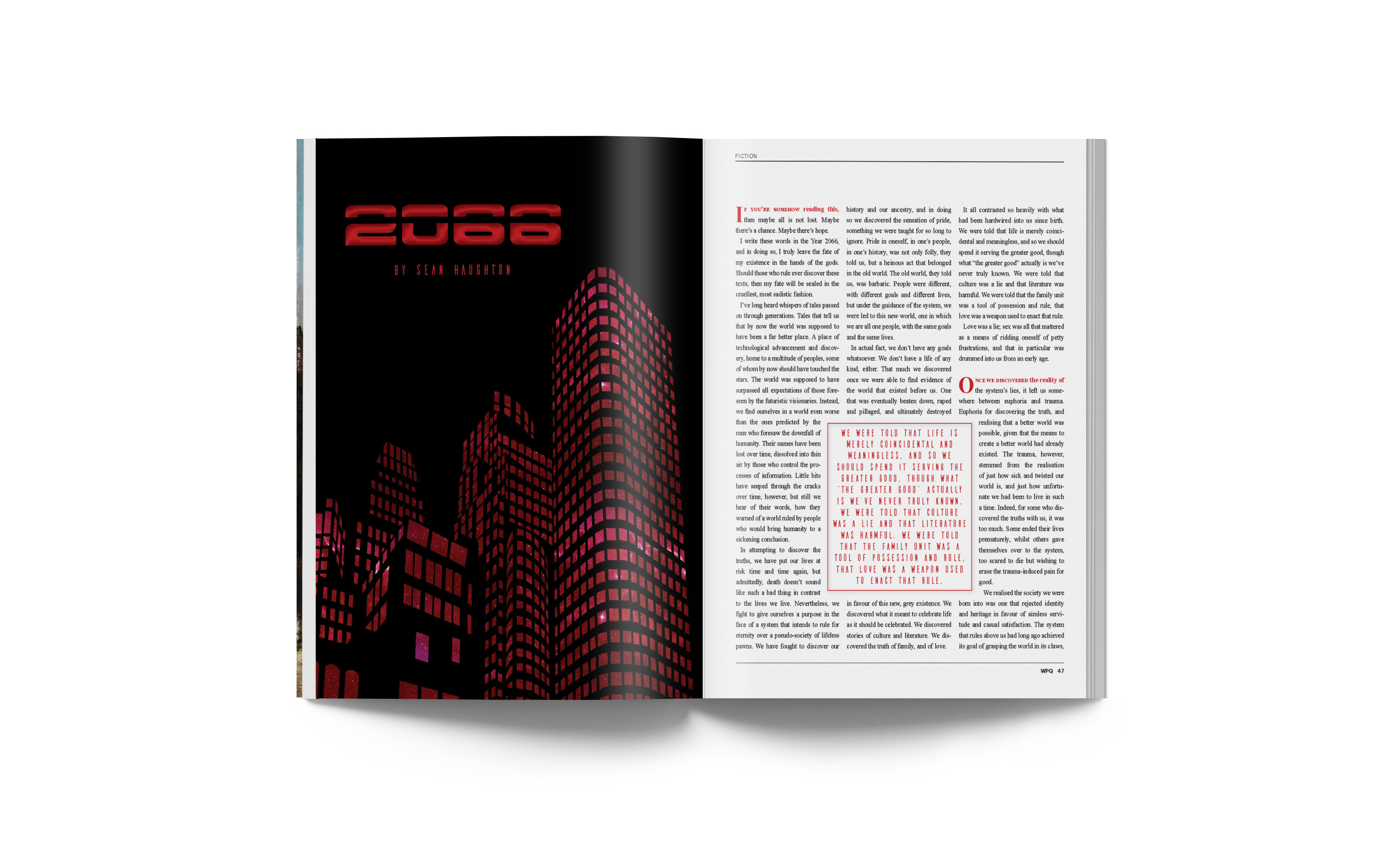 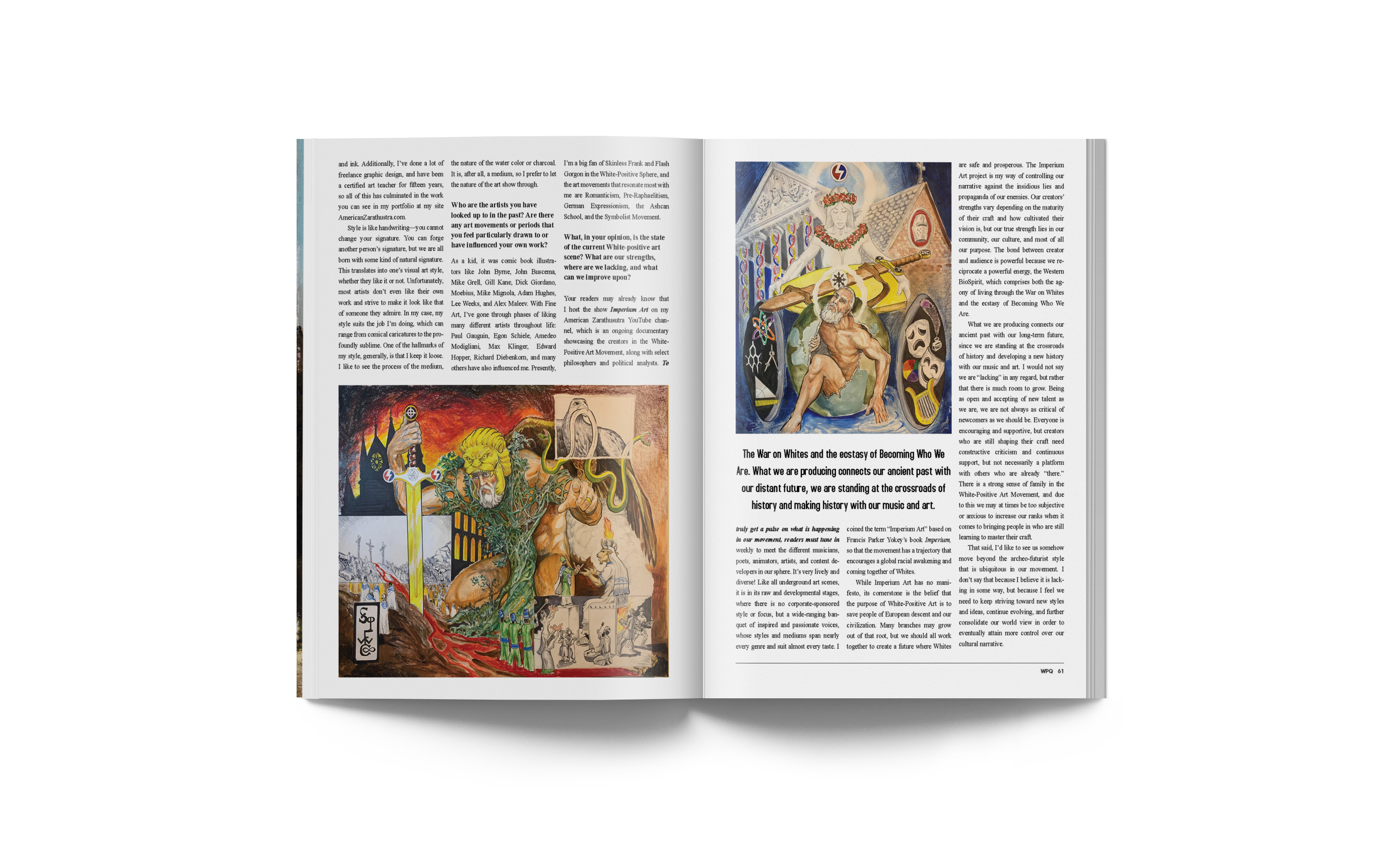 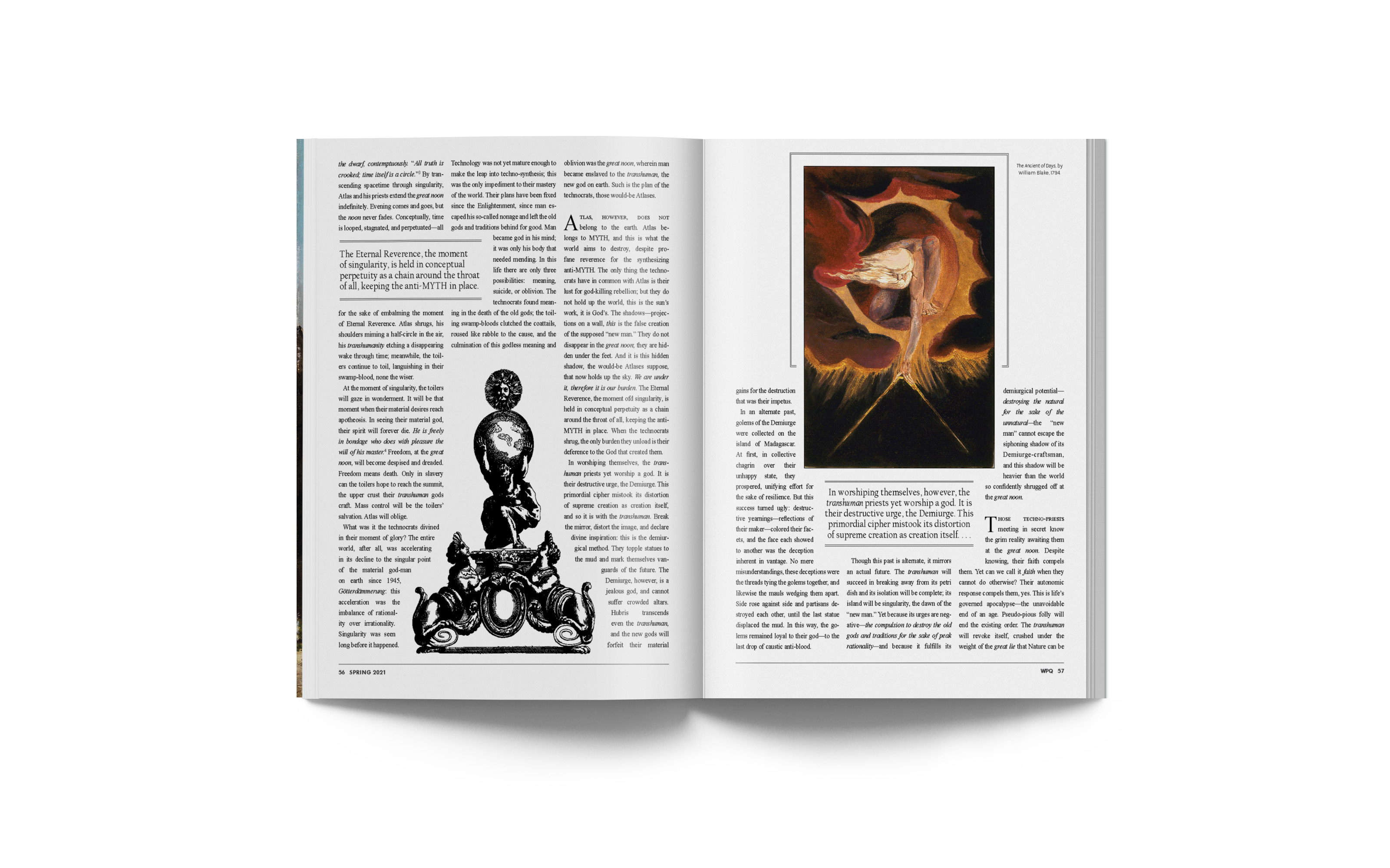 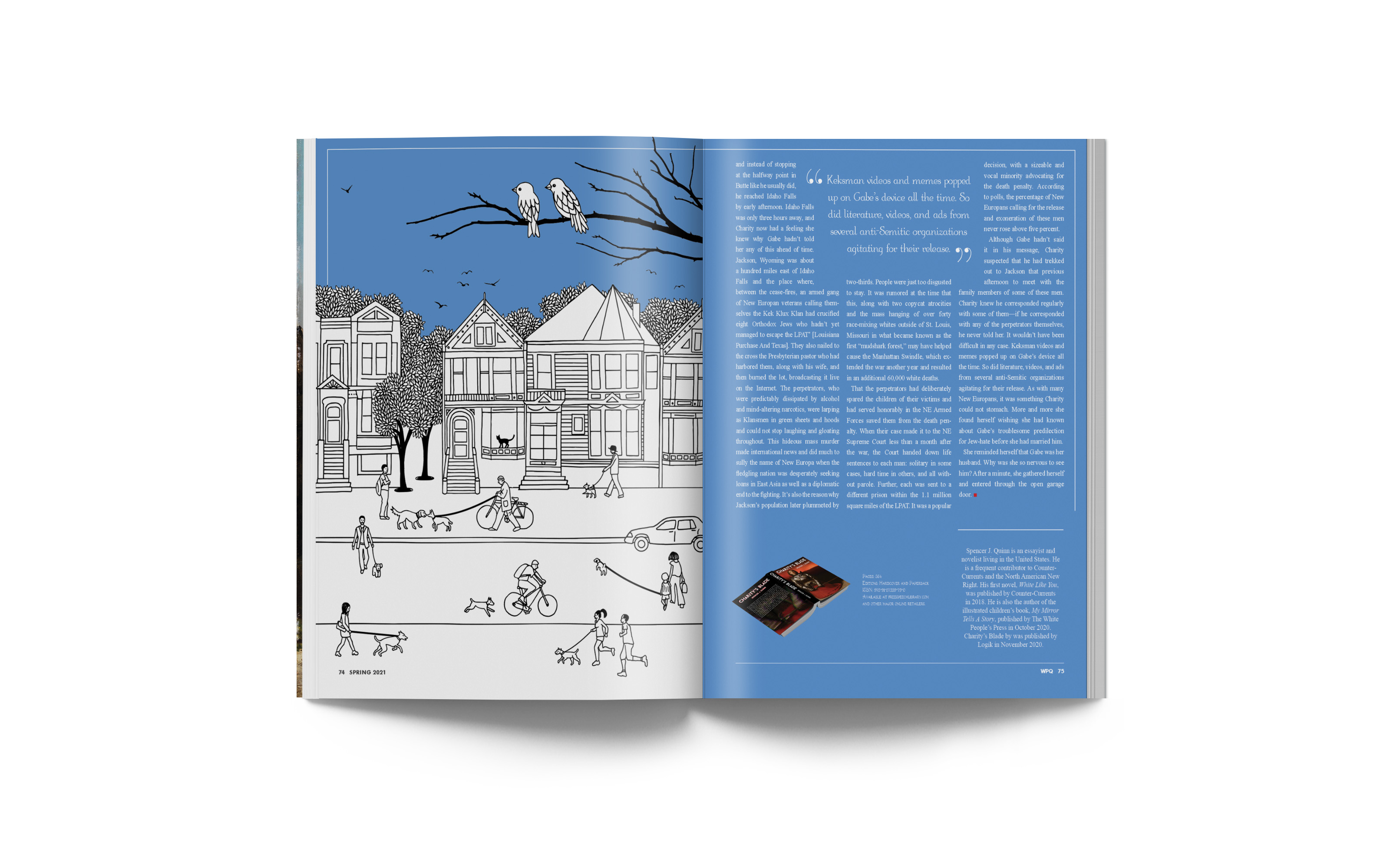 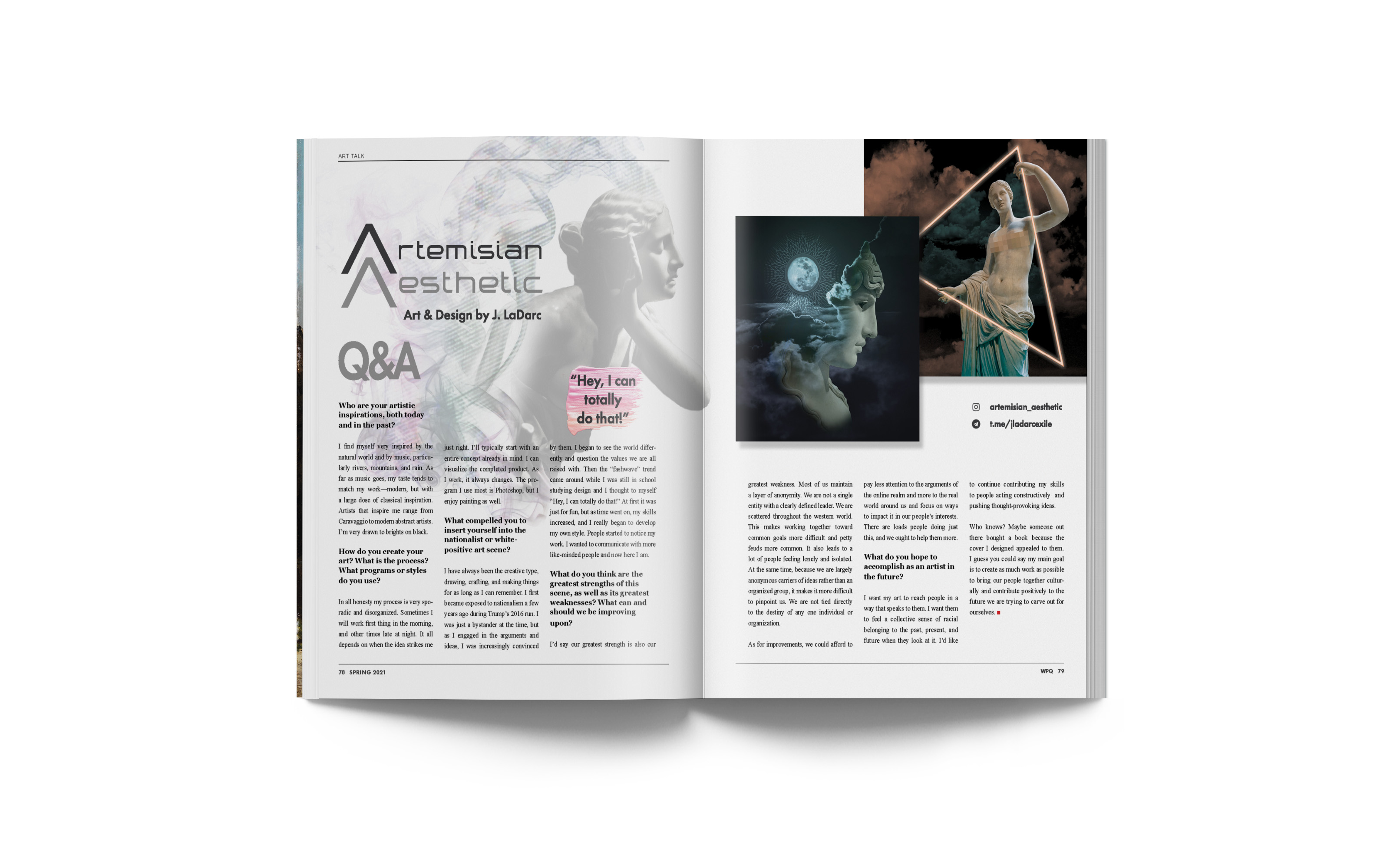 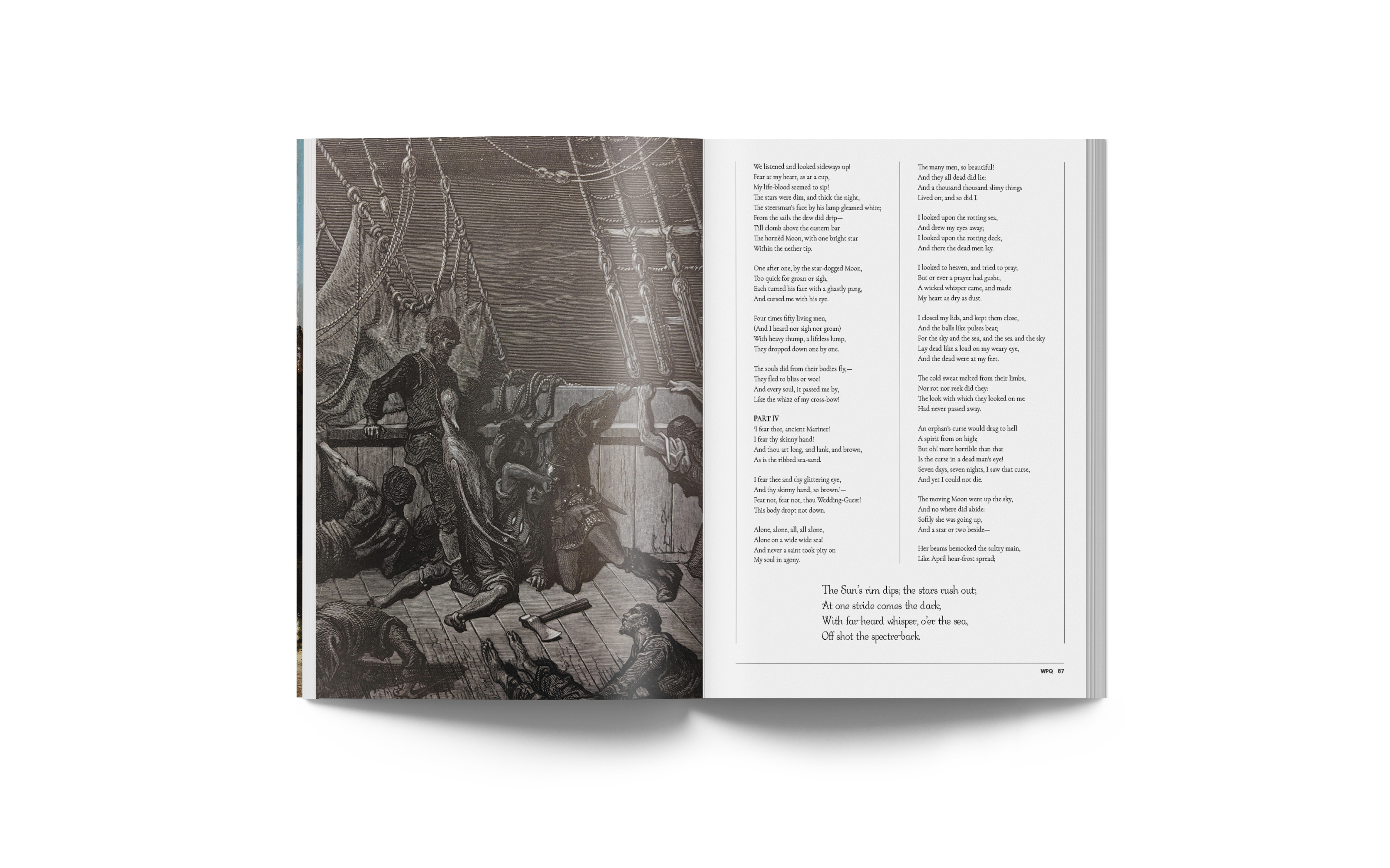 Issue No. 4 of The White People’s Quarterly showcases the art and artists in our sphere, beginning with the vivid cover art by the multi-talented Donald Kent. Inside, the reader will find interviews with some of the most prominent artists in our sphere, including Kent, English artist Skinless Frank, and J. LaDarc, alongside pieces by Issue No. 2 cover artist Herrmann Radwulf. The feature essay by writer John Malt is a must-read, and explores the depths of, and mechanisms behind, the ubiquitous anti-white narrative. Martin Friedrich’s two outstanding pieces, “Homeric Crossroads” and “The Great Noon,” offer sound, philosophical analyses of Homeric works and the writings of Nietzsche, superb original short stories by Jason Knight and Sean Haughton respectively bring heavy doses of mythology and dystopia to the fore, and poetry by Alastair Spate and Jared George represent the contrast and variety The WPQ continually delivers, with the former covering the recent killings of Whites like Justine Damond and Ashli Babbitt, and the latter spotlighting the aesthetic lyricism of George. Music correspondent Mama P. returns yet again for a sit-down with rising English musician Jody Kay in this issue, a chapter excerpt from veteran writer Spencer J. Quinn’s new novel Charity’s Blade gives the reader a glimpse into a future world of both mystery comedy, and appearing in new form are Lucy Brown’s terrific interviews for SCUM Media with some of the contributors to Folk—the transformative coffee table book, conceived of by Jared George and published by The White People’s Press in November 2020, on the topic of what it means to be a people. Out of the diverse lineup of leading contributors, the reader will hear from Ilenia Contessa, Jason Köhne, Laura Towler, Jared George, Lovely Porridge, and Jeff Winston what it was like to be a part of the project.

Topping off Issue No. 4 is Samuel Taylor Coleridge’s famous poem, The Rime of the Ancient Mariner, accompanied by illustrations by Gustave Doré and an introduction by the Editor that explains how this poem is directly related to the establishment of The White People’s Press. Information about several of our already-published or upcoming books can be found in the Issue, as well as ads from our usual team of friends and sponsors, such the White Art Collective, KosChertified, WhiteDate.Net, and the Mighty White Soap Co. But, as we look ahead to Volume II, we are proud to announce the addition of two new sponsors in SCUM Media and Antelope Hill Publishing. And deserving of special mention is a tribute that will appear in this issue alone, from Jason Köhne, Althaea Promethiea, and FinalBlossom. It is a list of the many “Contributors to White Wellbeing,” and a heartwarming eulogy to those who take risks and devote their time and financial resources to help strengthen our people’s collective identity, destigmatize the notion that White people are not allowed to assert their group interests, and build a foundation that will better ensure that our children and those to come are able to lead healthy lives and build immunity to the anti-white narratives currently pervasive in Western societies.