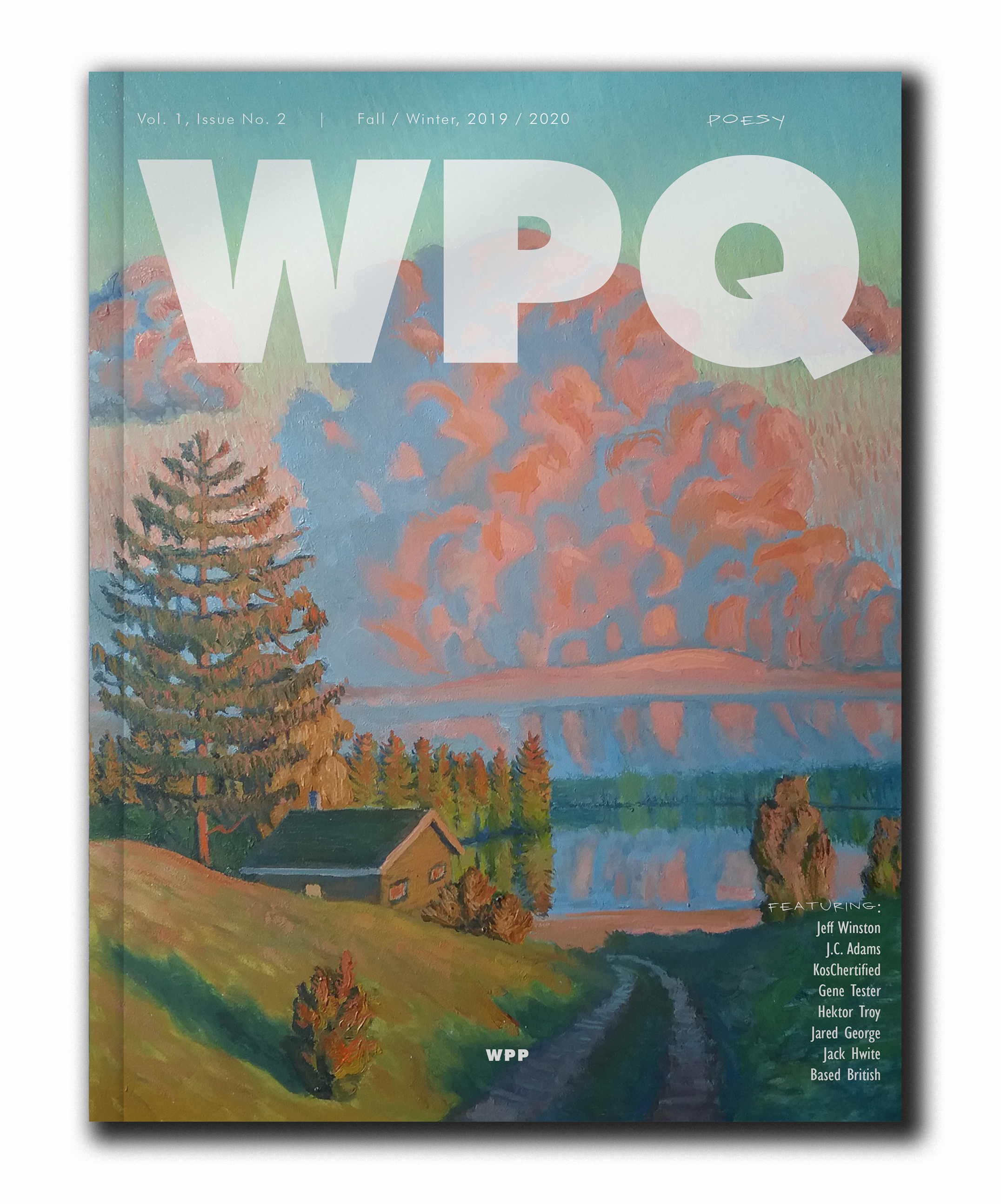 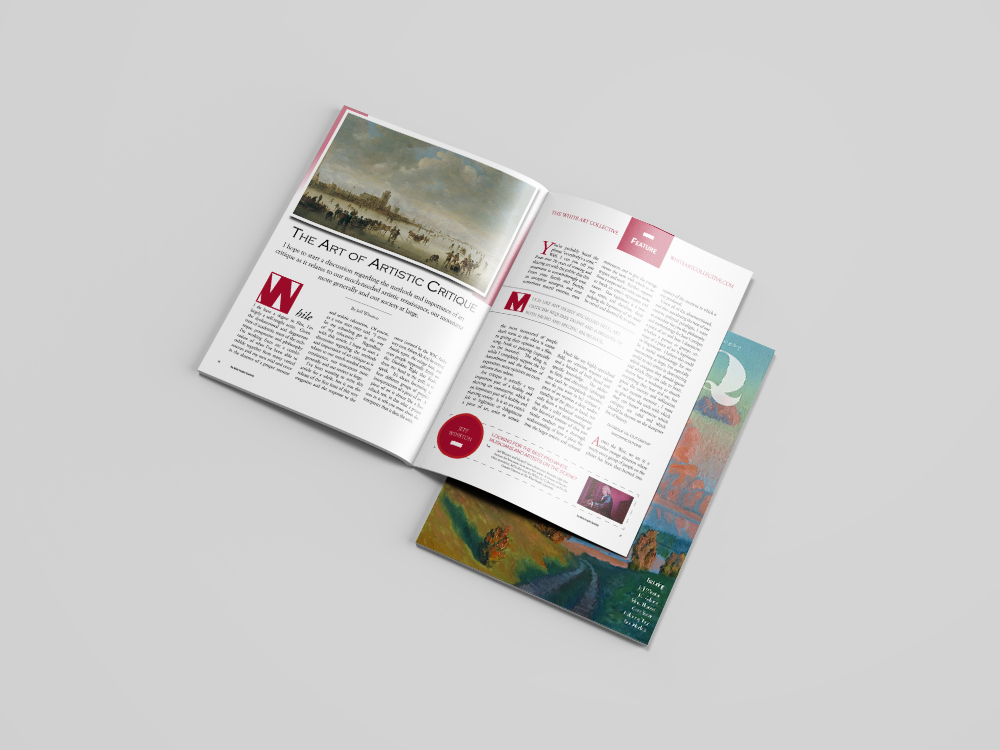 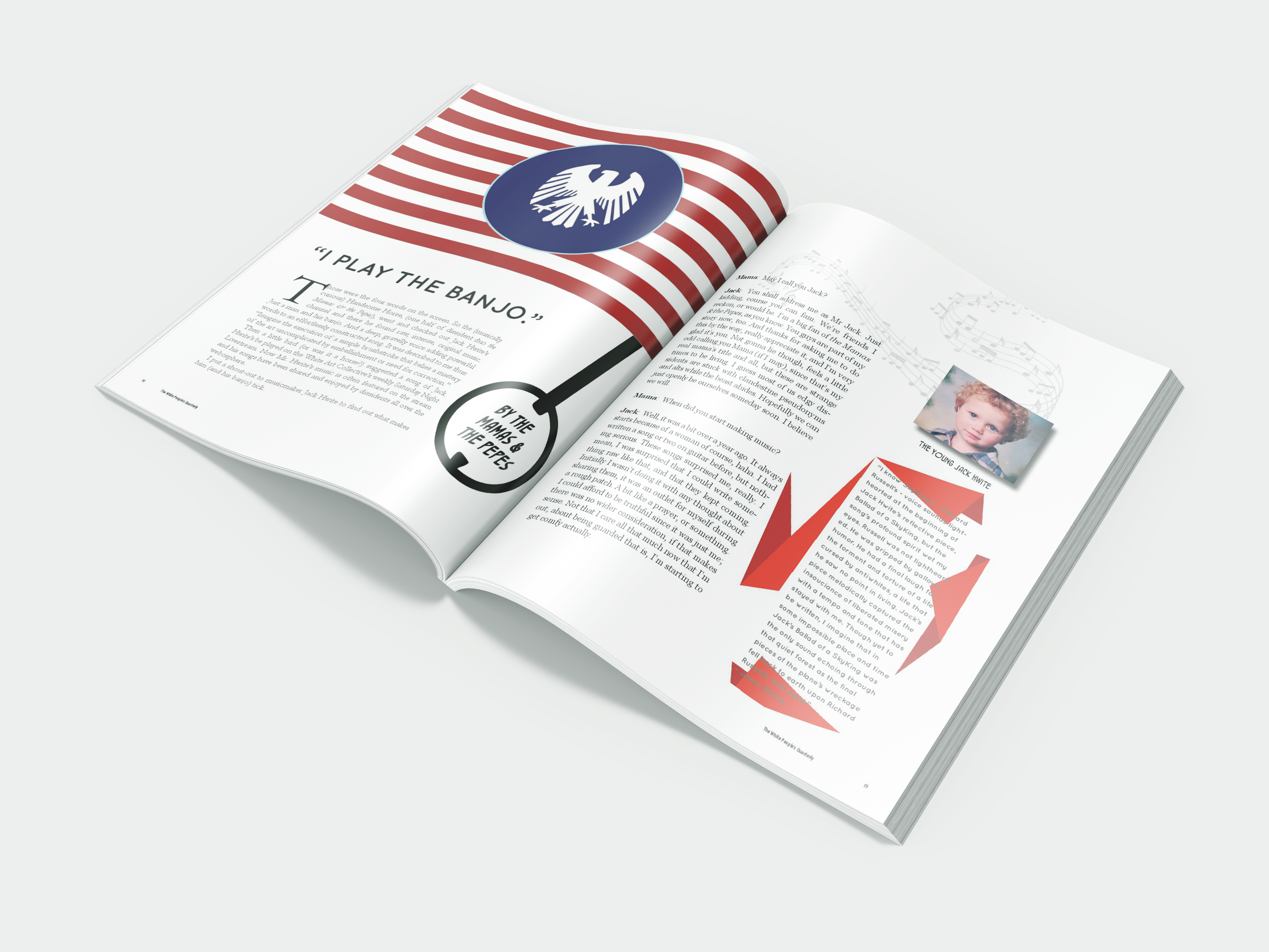 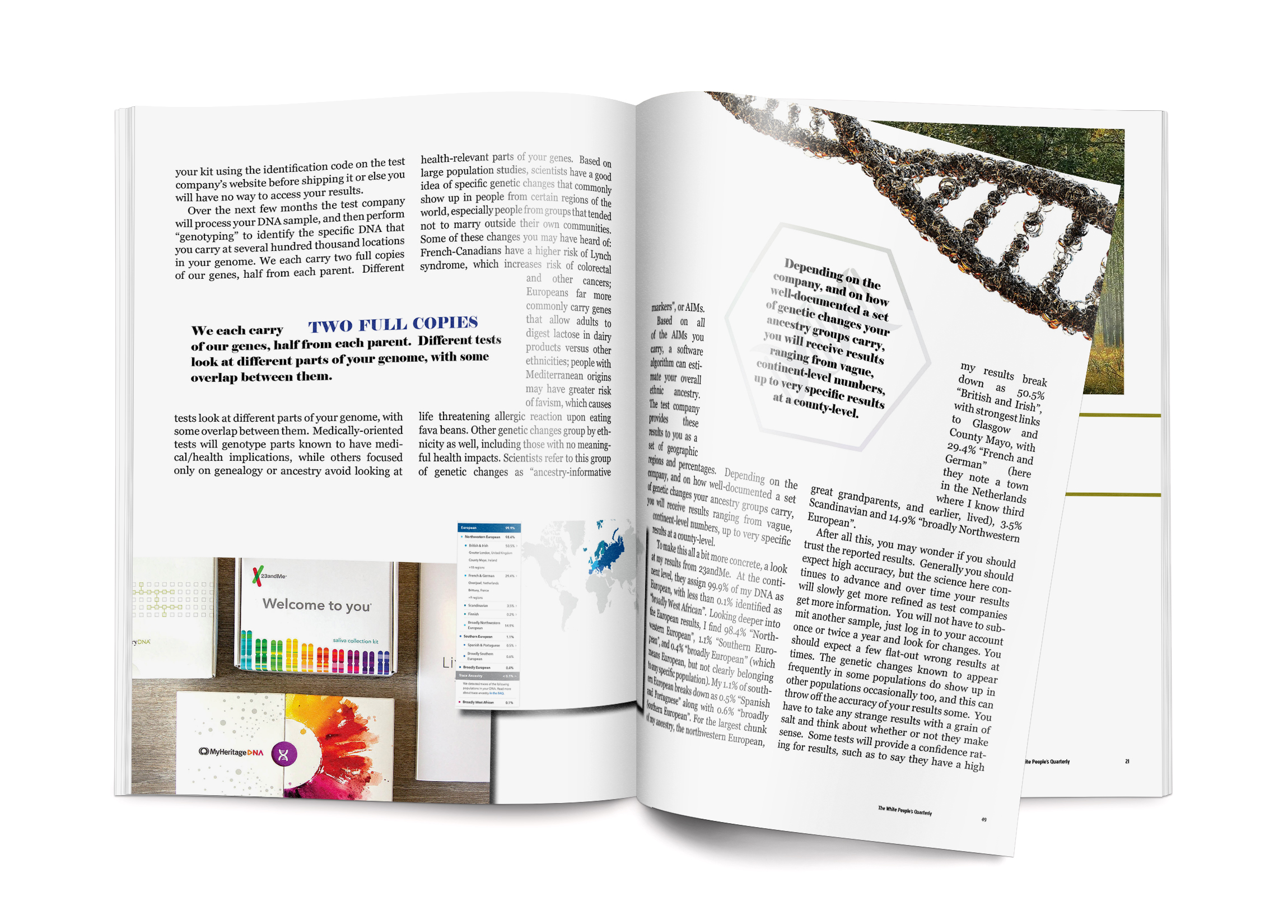 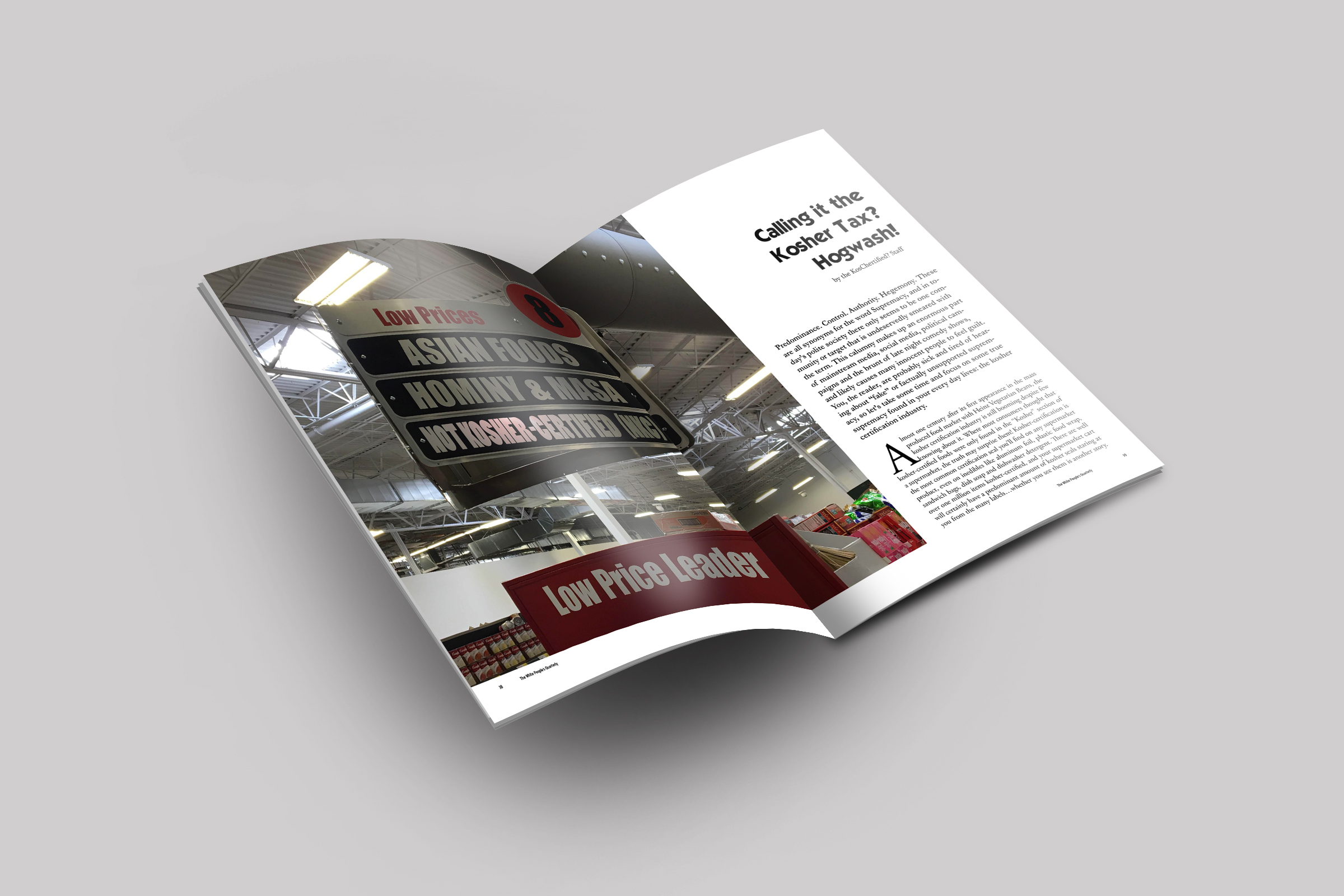 Issue No. 2 of The White People’s Quarterly features cover art by Herrmann Radwulf, who has been a consistent contributor and friend since, and designed two book covers for The White People’s Press. Leading the issue are written pieces on the genetic testing industry by an in-field specialist appropriately named Gene Tester, an extraordinary meditation on Ancient Greek mythos by Hektor Troy, a moving story that underscores the uncertainty and volatility of life by Mina Therese, a startling look into the kosher certification racket by the team at KosChertified, and a paramount, in-depth article on the Art of Artistic Critique by Jeff Winston of the White Art Collective. Other pieces include an interview by music correspondent Mama P. with the colorful and charismatic Banjo-picking phenom Jack Hwite, an exclusive WPQ Q&A with our friend and the creator of the comprehensive, 10-hour, epic documentary Apotheosis of Evil, Based British, an excerpt from Josh Neal’s book I’m a Feminist and 10 Other Things Women Never Want to Hear that explores the complex dynamics between men and women, and a prescient short story about how even mistaken accusations of “racism” can take on a life of their own in our hyper-propagandized society by writer and author of the book The Reclamations, Paul Marlais.

The central theme of Issue No. 2, though, is poetry, which is why the subtitle is the former, commonly used term of what we today know as “poetry”: Poesy. A tremendous roster of lyricists thus take center stage, led by three pieces on a range of prominent topics by J.C. Adams, a perceptive reflection on the unfortunate reality of “honesty” in an age of deceit by Donald Kent, an Aesop-like anthropomorphized children’s tale by Luka Calgues, and a subtle and elusive short work from the extensive repertoire of Jared George. Among these first-rate works is Ashley MacAlistair’s eggnog recipe—this being the Winter 2019 issue, after all—and a descriptive and visual breakdown of cover artist Herrmann Radwulf‘s approach to his craft that allows the reader to see the different stages of the cover-creation process. The breadth of variety in Issue No. 2 of The White People’s Quarterly exemplifies the wide-ranging interests, knowledge, and skills unique to us as a people and is inoffensive to any normal person’s sensibilities, making it a good resource for those struggling to accept that it is okay for them to positively identify with who they are. Returning as well are our wonderful sponsors: the White Art Collective, KosChertified, the Mighty White Soap Co., and WhiteDate.Net.