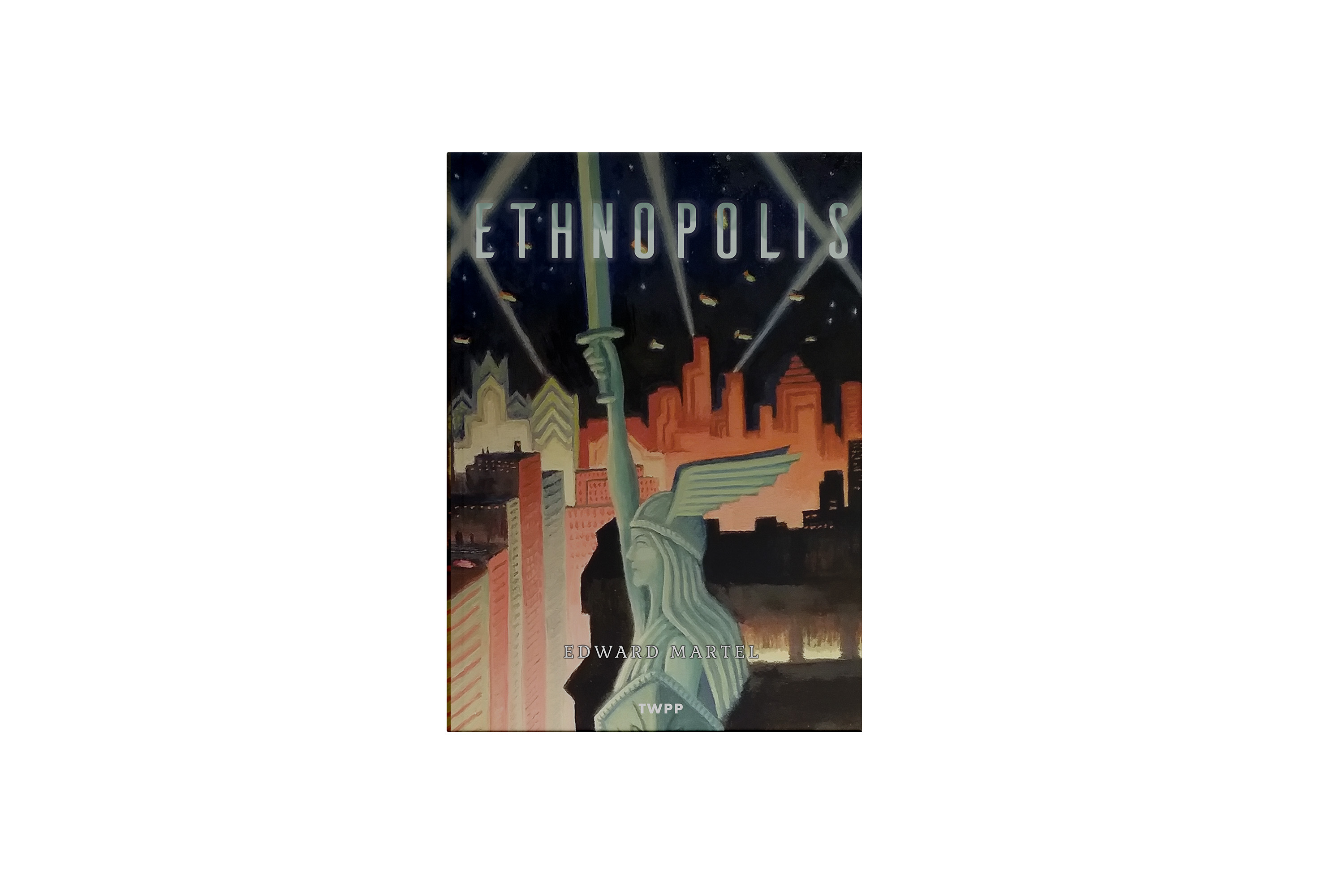 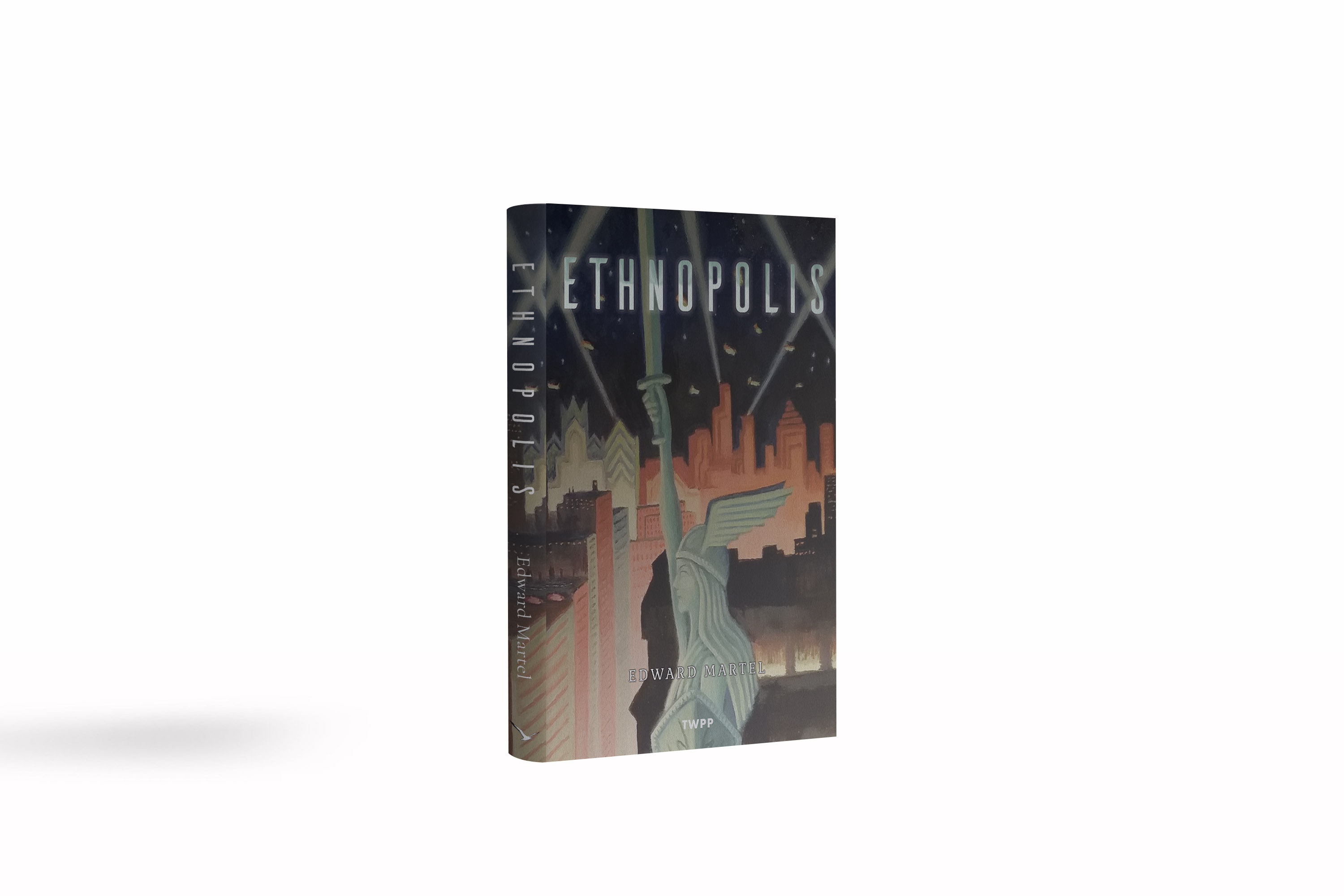 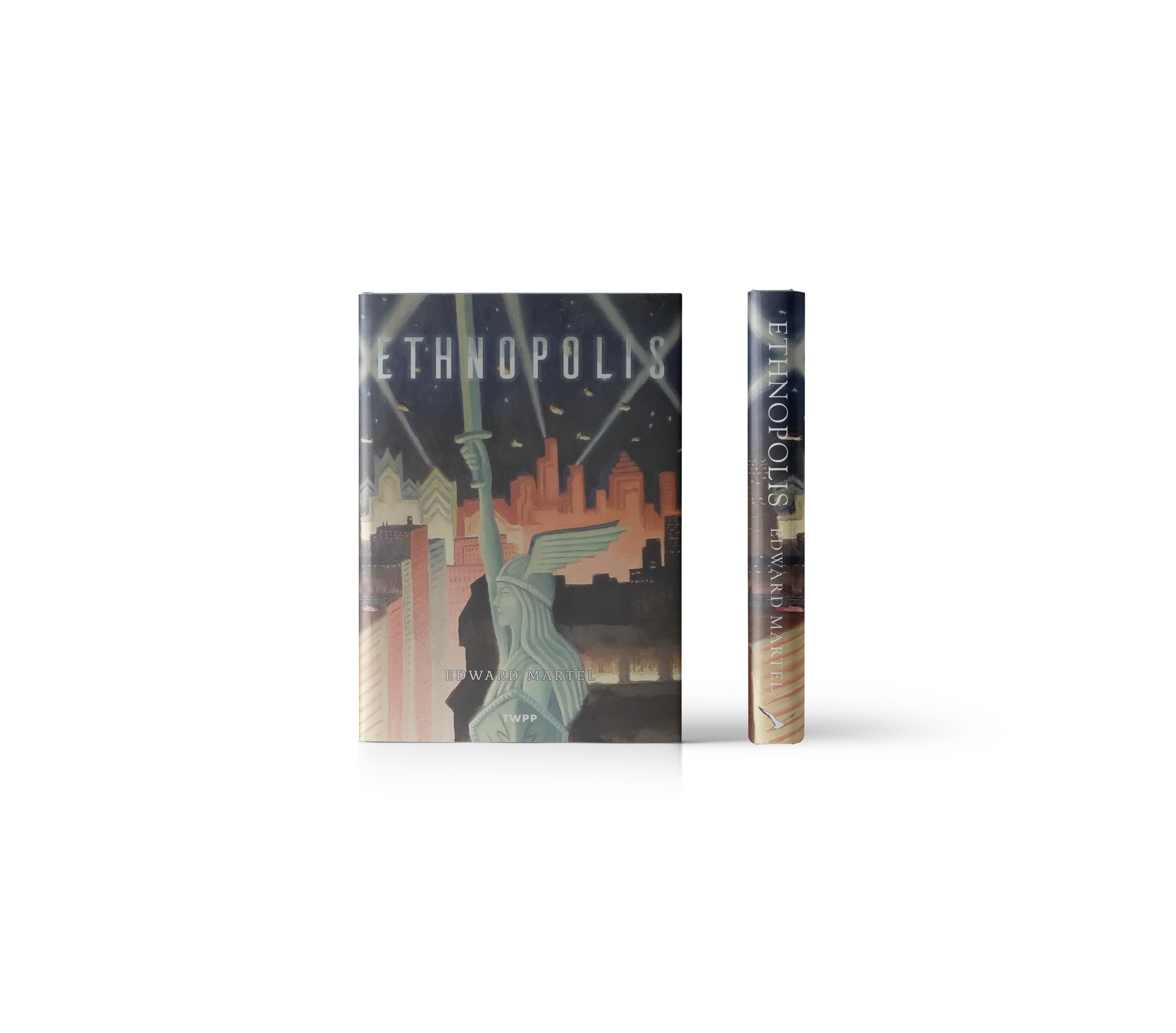 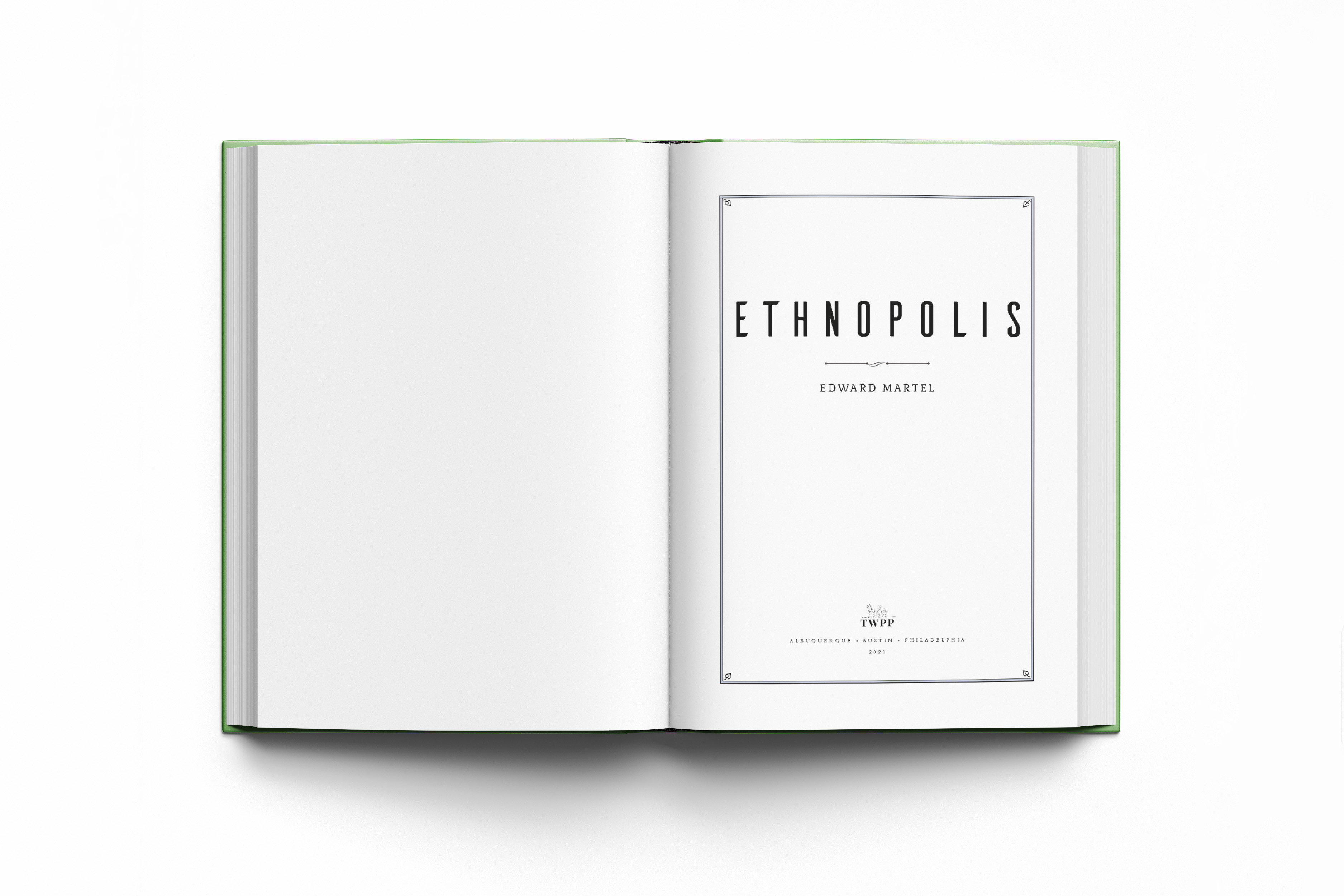 Centuries from now, Ethnopolis is the jewel in the crown of Regnum Europa—the future high-tech and hierarchical kingdom established, maintained, and defended collectively by European peoples. This territory covers a sizable portion of the European continent, but has yet to regain control over the whole of it. Towering skyscrapers, air rails, mile-high translucent walkways, galleys of sky-ships, statues of heroes, flying cars, sterroguns, and a new form of energy called elja that imitates photosynthesis exist in this unique vision of the future offered by author Edward Martel. Ethnopolis explores the capabilities of a unified Europe—unlike the antique Union of yesteryear, with its outdated socioeconomic systems—under the control of a superstate whose greatness was born of immense struggle. This struggle began when the peoples of Europe realized their destiny differed from that of the foreign elite and sought to break away from the old globalist order.

In Ethnopolis, the globalists continue to integrate the races of man into one and turn them into hive-dwelling, virtual-pleasure-seeking, gender-confused slaves, endlessly consuming under quarantine. The Kadmon Alliance is the new internationalist regime, responsible for organizing the world into economic “Zones.” The Zones have introduced a soft form of corporate, bureaucratic, and neobanking hegemony whose enduring power is reliant on a police state, pacification drugs administered to the populace, and mass surveillance. Restless crowds are controlled by drones that release sedating chemicals, “Psy-caps,” short for psycho-capitulation medication, are force-fed to dissidents, widespread degeneracy has been unleashed on the public, and between required miscegenation and abortion policies, the remaining White population in the Zones struggle for their very survival. Many await the day when a rescue mission from Ethnopolis will arrive, since social norms and peaceful order have all but broken down.

The story of Ethnopolis revolves around a gallant young airman and knight, Sir Titus Mabon, who gets caught up in a vast conspiracy perpetrated by agents of the Kadmon Alliance operating in Ethnopolis through a secret society known as the Hand of Hirma. Through their subversive influence, they are able to manipulate events, with their ultimate goal being to subjugate the peoples of Europe and force them into the Zones. New technologies and the return of hierarchy, order, and authority have up to now allowed the archeo-futurist society of Ethnopolis to prosper, since meritocracy, creativity, and martial valor, represented through characters like Sir Titus, have once again come to flourish. Titus and his small band of soldiers must move in the shadows as they formulate a strategy to wrest power back from the Enemy. Can he and his loyal band of airmen expose the conspiracy in time and defeat the Enemy before it is too late? Will Ethnopolis be subverted and weakened and opened up for foreign conquest? Or will the new Europe find a way to survive and thrive? By embarking on this adventure, the reader will enter Martel’s intriguing and well-crafted future, and experience the genesis of a new European saga.