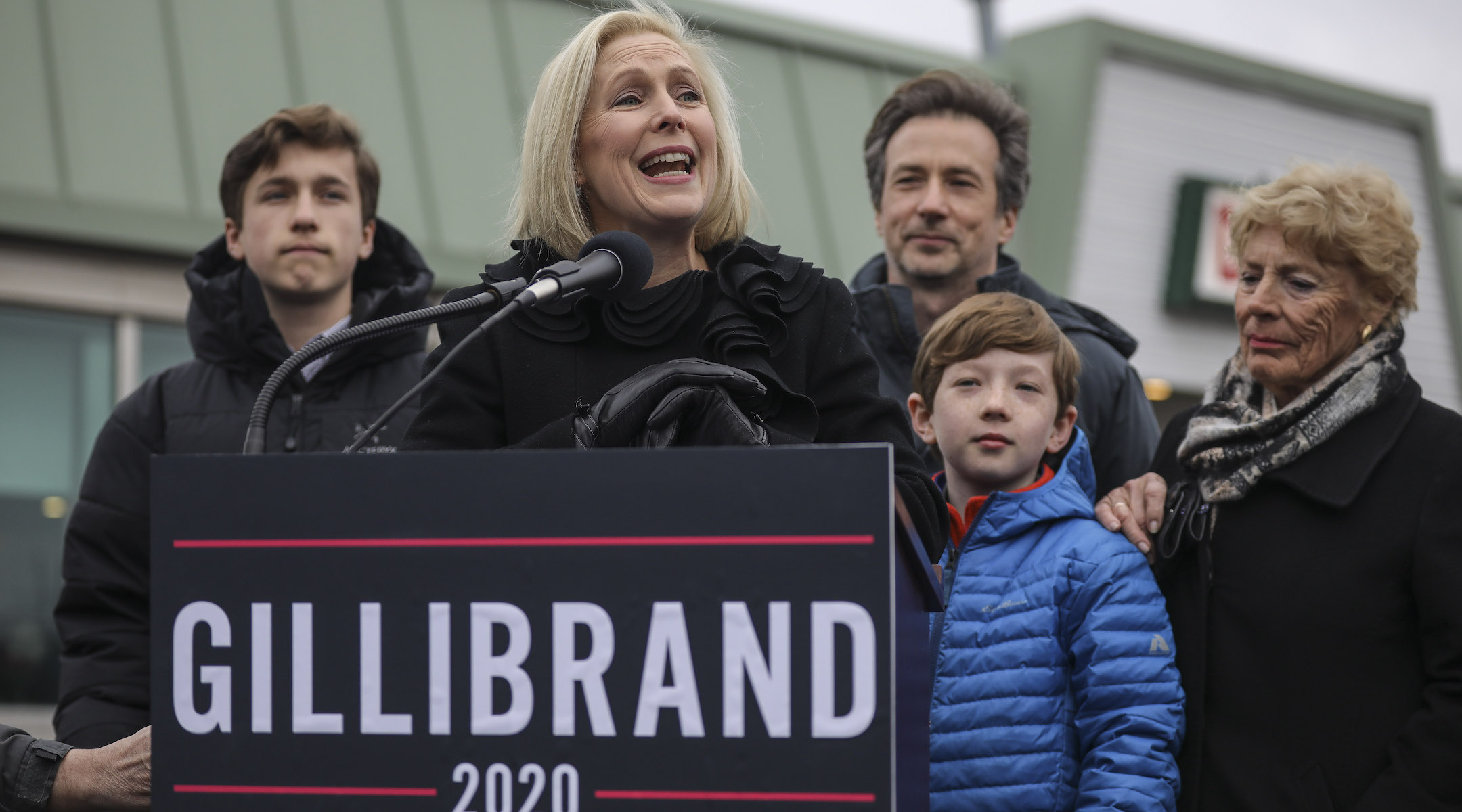 TROY, NY - JANUARY 16: Surrounded by her family, Sen. Kirsten Gillibrand (D-NY) announces that she will run for president in 2020 outside the Country View Diner, January 16, 2019 in Troy, New York. Last night on The Late Show, Gillibrand told host Stephen Colbert that she has formed an exploratory committee for her White House run. (Photo by Drew Angerer/Getty Images)

We all know how it is.

Our history is something we should be ashamed of, our ancestors were criminal oppressors, and our achievements are not our own and were a result of “privilege,” and thus must be turned over, along with our societies, to other groups of people.

We’ve heard it a million times.

Most remarkable is that we, white people, seemingly at the height of our collective power, decided that we were horrible, undeserving of any pride in ourselves, and should just call it quits and devote our remaining time to serving, and redirecting our resources toward, others.

This is a benevolence the world has never known. And it flows through our leaders, like Kirsten Gillibrand.

This from last night’s Democratic debate:

[A]s a white woman of privilege, who is a U.S. senator, running for president of the United States, it is also my responsibility to lift up those voices that aren’t being listened to.

And I can talk to those white women in the suburbs that voted for Trump and explain to them what white privilege actually is, that when their son is walking down a street with a bag of M&Ms in his pocket, wearing a hoodie, his whiteness is what protects him from not being shot.

Gillibrand is of course referring to the force field of whiteness, which surprisingly few non-white groups are aware of, but which is indeed the reason for disparate crime rates.

Accept your privilege, let the force field down, take that hollow point for equality, you know the drill.

In reality, there is no way to spin this as a natural and healthy mentality for any people to have; yet it is so pervasive within our culture that many white people like Gillibrand habitually repent for who they are in some inverted display of pride and forged benevolence toward others.

It’s not quite as simple as that, but it’s pretty simple. The hardest part involves accepting who is at the top.

“Who is the white Al Sharpton?”

White police officers are not more likely to shoot minorities