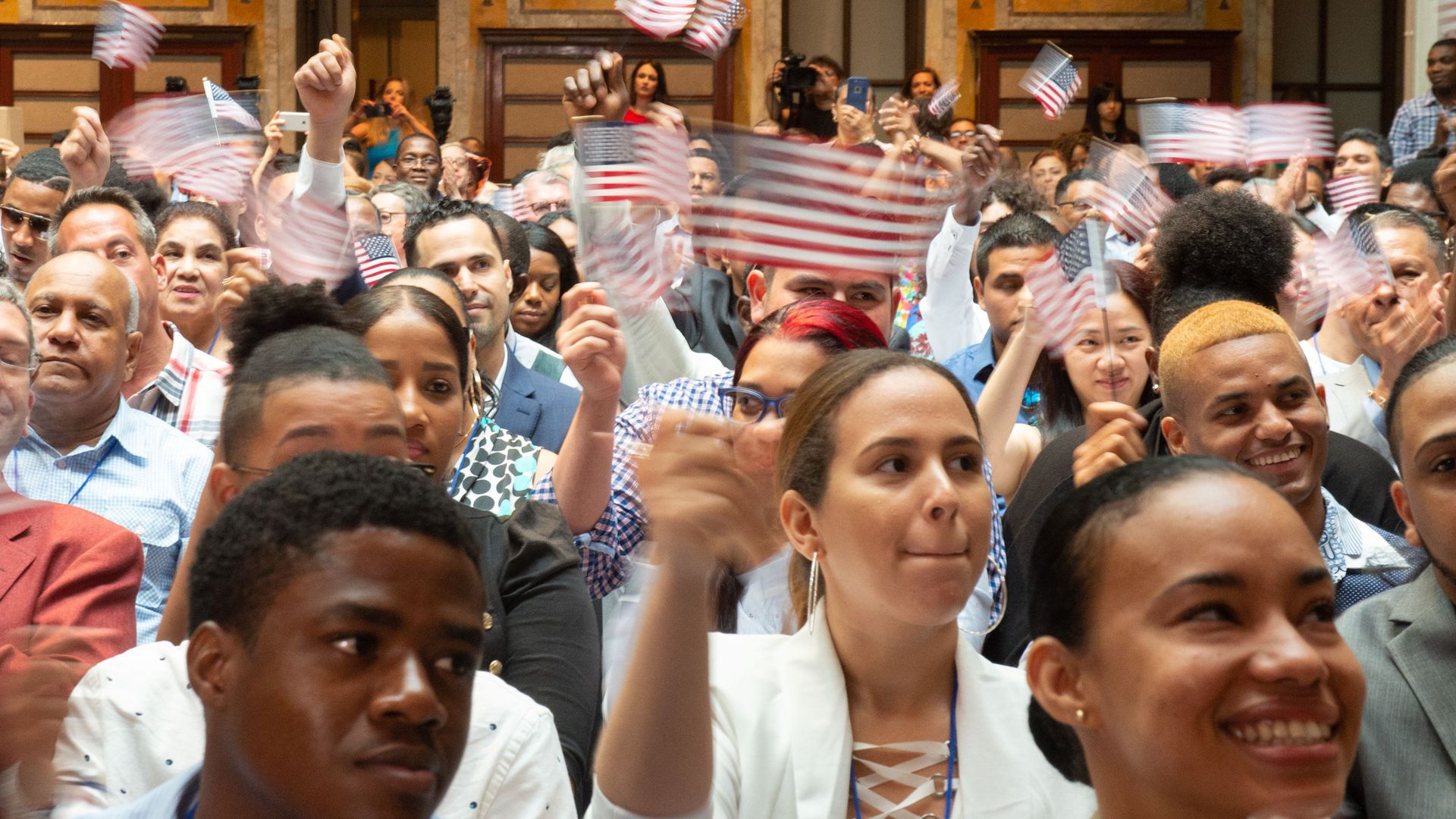 University of Pennsylvania law professor Amy Wax caused a stir last week with her comments during a panel on immigration at the National Conservatism Conference. Wax informed the audience “that our country will be better off with more whites and fewer nonwhites.”

Will we be “better off” being fewer in number? It is all but assured that we will not be, and that our children and grandchildren will be even less so at 40% or 30% or 20% should demographic trends continue.

Promoters of mass immigration into the West know this, and are worried about increased ethnic consciousness among whites in the face of this shift. Therefore, a common tactic is to get ahead of any potential collective response from whites by claiming that we don’t actually exist.

The definition of what it means to be “white” in America has always been fraught. Unlike ethnicity, which has at least some basis in shared DNA, the quality of “whiteness”—or “non-whiteness”—is both amorphous and transitory, defined differently at various points in our history, usually depending on who was doing the defining.

Perception and scope change, and internal squabbles are nothing new. But the threat posed to whites by the massive influx of non-whites into our countries is very new, and we are seeing the scope change again as a greater perception of ourselves and a more urgent defense of our collective interests become necessary for self-preservation.

Wax and her fellow travelers among nationalist conservatives make the case that today’s immigrants are culturally unfit to become Americans. Using a metaphor associated with the alt-right, Wax dismisses the idea that the “magic dirt” of American soil will transform immigrants into Americans—a straw man argument not made by any serious immigration proponent—and claims that there is no reason to believe that “people who come here will quickly come to think, live, and act just like us.”

The fundamental problem with both Wax and the author’s arguments stems from the notion that “Americans” think, live, or act a certain way. Universalist identities anyone can adopt, that are not tied to nature, have a certain political and ideological logic behind them in homogeneous societies. But in diverse societies, comprised of people with vastly different evolutionary backgrounds, cultural and behavioral proclivities, and general interests, the logic that made such abstractions a basis for organization is fractured, obscured, and ultimately lost.

As these universalist identities lose value and meaning, whites will continue to adopt a more particularist identity, one that puts us first and focuses on our collective interests as a people.

And that is exactly what we see happening now.

What is the most important problem in the U.S.? Poll again confirms immigration

Any cookies that may not be particularly necessary for the website to function and are used specifically to collect user personal data via analytics, ads, or other embedded contents are termed non-necessary cookies. It is mandatory to procure user consent prior to running these cookies on your website.